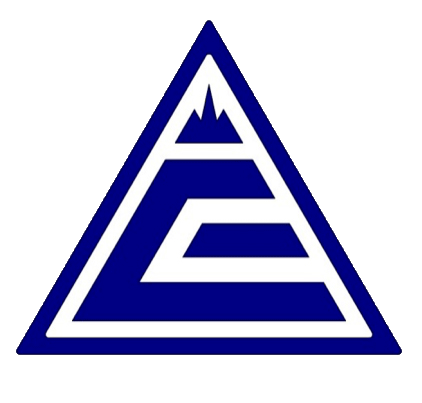 With more than 20 years of experience in Vietnam, Eurocharm has leveraged the local culture to manage and develop the overseas market. At the same time, we have helped to improve the lives of local residents in Vietnam with its corporate power.

Charity Activities in The First Quarter of 2022

Lunar new year is coming. Every family wishes to be well prepared to welcome the new year, but for families with difficult circumstances, this small wish seems extremely difficult. VPIC1, joining hands with the Red Cross Association of Vinh Phuc Province, went to Song Lo District and Vinh Yen City to send gifts and cash to 63 households with difficult circumstances, contributing a part of their efforts to realize the wish of a happy and healthy new year for everyone.

After the Labor Day holiday, a new wave of Covid-19 broke out in Vietnam. Vinh Phuc Province was one of the outbreak points. The provincial government quickly responded to quarantine and implemented a 10-day social isolation in Vinh An. Pandemic prevention work requires a lot of medical resources, with the empathy of the citizens of Vinh Phuc. VPIC1 donated 20 three-motor high-grade electric hospital beds with a total price of VND 770 million (approximately NT$830,000). On June 4, 2021, witnessed by Mr. Thanh, Chairman of Vinh Phuc Province, General Manager Andy Wu represent of Vietnam subsidiary VPIC1 donated to Vinh Phuc Province Red Cross Society. The Red Cross Society arranged to send it to Vinh Phuc San Nhi Hospital for installation and use. It is one of the seven treatment facilities for confirmed patients in Vinh Phuc Province.

The pandemic situation has become more and more complicated. Vinh Phuc Province has strict control over the pandemic. On September 21, 2021, the company provided VND 10,000,000,000 (about NT$1,208,000) to support the Vinh Phuc provincial government to purchase vaccines to prevent the spread of the pandemic.

In the cold weather, food and clothing are the most basic needs of every family. The company cooperated with the Foreign Affairs Bureau of Vinh Phuc Province to go to Lap Thach County to donate rice cooking to poor families, with a total of 80 households, VND 50,400,000 (about NT$60,883).

In cooperation with the municipal government of Vinh An, Vietnam. In response to the emergency, natural disasters, man-made accidents and family changes and other unexpected situations in society, we provide cash assistance to those who are in financial hardship to alleviate the urgent needs of families in need. On May 28, 2019, representatives of the company also visited children from particularly poor local families, three families located in Duy Phien, Hoang Dan and Hop Hoa villages, donating VND15 million (about NT$18,000) in cash. A Tao, the children from Duy Phien village, is almost three years old this year, but her weight is only equivalent to the one-year-old child, and she is still unable to walk, and her illness cannot be treated well because of her family’s poverty; A Cha, the children from Hoang Doa village, has no father and her mother is sick and so the family relies on local relatives for income; A Chang, the children from Hop Hoa village, has no mother and his father is not well and has limited income.

Sponsorship for Needy Families during the New Year

The Lunar New Year is an important festival in Vietnam as well as Taiwan, we all hope to have a good New Year. On January 15 and January 18, 2019, a total of 90 poor families in Tam Duong District and Khai Quang Square were given a gift of VND 45 million (about NT$54,000) before the Lunar New Year. In addition, a special needy family in Vinh Tuong donated VND 5 million (about NT$ 600) on January 25, 2019. In addition, on the eve of the traditional festival in 2020, the company cooperated with the Public Security and the Red Cross to give condolences and gifts to a total of 80 households in Khai Quang, Dao Tru, An Hoa and Dong Thinh. The company cooperated with public security to visit 51 poor families in Khai Quang, Vinh An City, Dao Duc, Binh Xuyen County and Tien Lu, Lap Thach County with a donation of VND 800,000 each, and also cooperated with Vinh Phuc’s TV to visit 3 special poor families in Tri Duong County, Hoa Thanh Township, Tri Island County and Ho Son Township with a donation of VND 3 million each, totaling VND 49.8 million (about NT$ 59,760).

July 27 is Vietnam Martyrs’ Day, in Song Lo and Lap Thach, Vinh Phuc, Vietnam, presenting gifts on July 23, 2018 donated 23 people for VND 29 million (about NT$ 34,800) to wounded soldiers and families in difficulty. In addition, in line with the provincial economic and public security, on July 25, 2019, the company donated 10 wheelchairs of VND 20 million (about NT$24,000) to the families of martyrs with mobility problems in Lap Thach.

In October 2020, when the central provinces of Vietnam were hit by severe flooding, the company union launched a donation campaign. The company, the party branch and all employees donated a total amount of VND 135 million (about NT$164,201) with empathy. On November 7, 2020, 13 members representing the company, party branch and trade union came to Tung Loc Commune, Can Loc District, Ha Tinh Province, to deliver 180 gifts worth VND 750,000 (about NT$ 912) each directly to local residents affected by the disaster.

The flooding in central Vietnam is serious. We organized a disaster relief program for 40 victims with a total of VND 30 million (about NT$ 36,000) on November 7, 2020. In addition, on December 19, the company donated VND 34.83 million (approximately NT$ 41,796) to Ha Noi Child Care Center for the poor in Hanoi in response to a fundraising campaign launched by Piaggio VN.